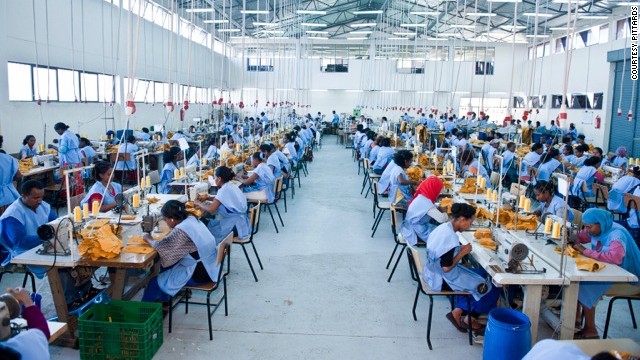 We, the citizens of America, are now joined in a great national effort to rebuild our country and to restore its promise for all of our people.

Together, we will determine the course of America and the world for years to come. We will face challenges. We will confront hardships. But we will get the job done.

Every four years, we gather on these steps to carry out the orderly and peaceful transfer of power, and we are grateful to President Obama and First Lady Michelle Obama for their gracious aid throughout this transition.

Politicians prospered -- but the jobs left, and the factories closed. The establishment protected itself, but not the citizens of our country. That all changes -- starting right here, and right now, because this moment is your moment: It belongs to everyone gathered here today and everyone watching all across America.

January 20th,will be remembered as the day the people became the rulers of this nation again. The forgotten men and women of our country will be forgotten no longer. Everyone is listening to you now. You came by the tens of millions to become part of a historic movement the likes of which the world has never seen before.

At the center of this movement is a crucial conviction: Americans want great schools for their children, safe neighborhoods for their families, and good jobs for themselves.

These are the just and reasonable demands of a righteous public.

But for too many of our citizens, a different reality exists: Mothers and children trapped in poverty in our inner cities; rusted-out factories scattered like tombstones across the landscape of our nation; an education system, flush with cash, but which leaves our young and beautiful students deprived of knowledge; and the crime and gangs and drugs that have stolen too many lives and robbed our country of so much unrealized potential.

This American carnage stops right here and stops right now. We are one nation -- and their pain is our pain. Their dreams are our dreams; and their success will be our success.

We share one heart, one home, and one glorious destiny.

The oath of office I take today is an oath of allegiance to all Americans. Subsidized the armies of other countries while allowing for the very sad depletion of our military.Chief Justice Roberts, President Carter, President Clinton, President Bush, President Obama, fellow Americans, and people of the world: thank you.

Our Common Future, Chapter 4: Population and Human Resources - A/42/ Annex, Chapter 4 - an element of the body of UN Documents for earth stewardship and international decades for a culture of peace and non-violence for the children of the world. Trump’s America is full of “rusted-out factories scattered like tombstones across the landscape of our nation.” too many lives and robbed our country of so much unrealized potential.